During our ten year partnership with O'Connell, they have helped us design, install, and maintain unique landscapes which have set new benchmarks for aesthetic quality, reduced water use to 35% of standard and decreased overall maintenance cost by 40%. Santaluz has been judged the number one community landscape in San Diego and we save about $400,000 each year.

Is El Niño A Bust?

While we did have a few days of decent rain in January, many Southern Californian’s are wondering when exactly this huge El Niño season will begin. Well, according to Rong-Gong Lin II, a contract reporter for the Los Angeles Times, it’s still too early in the season to be seeing much activity, and based on the last two strong El Niños on record, we should expect the heaviest rains to come in February and March.

For more information and the full article, “Is El Niño wimping out in Southern California? Not quite” by Rong-Gong Lin II click HERE. 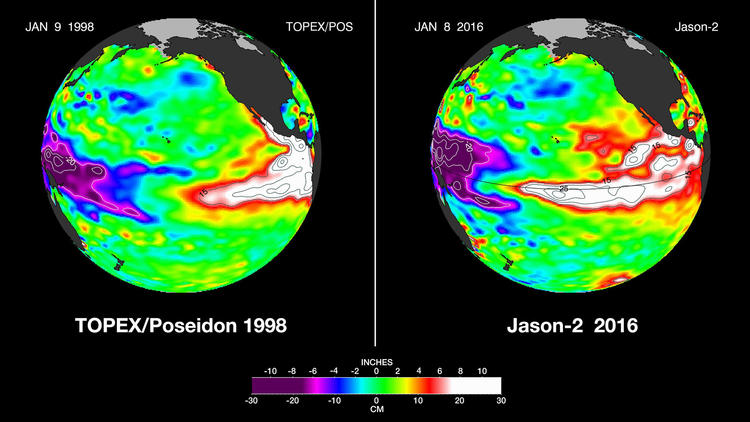 The area in white shows where sea surface levels are highest, which is an indication of the warmest sea surface temperatures. (Bill Patzert / NASA Jet Propulsion Laboratory). Image courtesy of the LosAngelesTimes.com